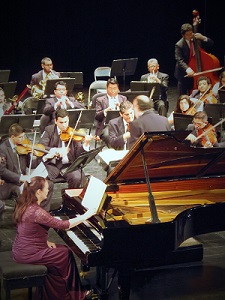 The extraordinary pianist with an international career, Ana-Marija Markovina, conducted a concert tour and masterclasses in the countries of Central and North America.

The tour started on the 23rd of September and lasted till the 24th of October, 2015. A fantastic concert audience reception, extremely talented students, unforgettable encounters with great people, earthquakes, tropical storms, a walk on the mountain with an incredible view into the crater of an active volcano, a for the first time ever canceled concert and finally, the experience of the Canadian autumn beauty, are only a part of the events that came one after another during that beautiful and exciting tour. 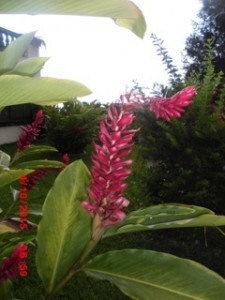 “It was nice, exciting and very hard”, said Ana-Maria Markovina in an interview I conducted with her in early December 2015, after her concert in Berlin and before she started to record the complete works by Urspruch.

Ana-Marija Markovina experienced a tropical storm and earthquake and she was very close to the volcano Poas at 2575 meters above sea level. During her piano masterclass in Costa Rica she experienced undescribable strong wind, thunder and shower known only in the tropics and an earthquake on the last night in El Salvador. ” 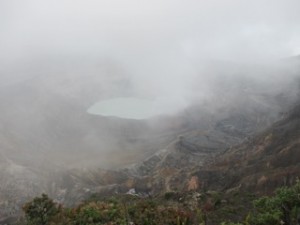 Ana-Marija Markovina: “An earthquake measuring 4.6 on the Richter scale was during the night. I thought I have to go out, but after two and a half minutes it calmed down. The following day people talked about it, although they are accustomed to earthquakes.”

During the tour, there were media report about heavy raining and landslides in Guatemala.
Ana-Marija Markovina dedicated one of her concerts to the victims of the landslide.
Ana-Marija Markovina: “I’ve dedicated the concert in Guatemala-City to victims of landslides and to their families. The people were very grateful. We held a minute of silence before the beginning of the concert.”

The first country of the tour was Costa Rica, famous of its flowers, where Ana-Marija Markovina arrived after a twenty-four hours flight. In the following two days she performed a concert and held a masterclass. Until the end of the tour, different events, concerts, lectures and receptions had been moving at an equaly tempo. In Jamaica, Ana-Marija Markovina gave a concert, master class, she had a reception and made a trip to the hills to visit her friends, all of that during only a forty-six-hour stay.
Ana-Marija Markovina: “The tour was thickened with a lot of traveling, and time was too short.” 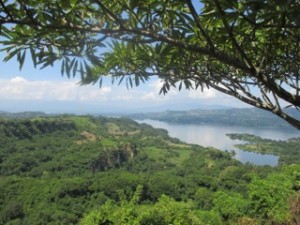 Although everything was organized in advance, during the tour Ana-Marija Markovina constantlay received requests to do more masterclasses.

Ana-Marija Markovina: “It’s a hunger for music. In these countries people take energy for their life from music. We don’t do that anymore. Here in Europe, concerts are kind of a social event, but for people over there, a concert is a source for mental strength.”

Beginning from her first concert till the last one, the audience was delighted with her performance. Standing ovations accompanied her concerts. “Bravo,” “thank you”, “please come again”, “we love you” were the words with which the audience greeted Ana-Marija Markovina.
Ana-Marija Markovina: “My concert was a national event everywhere, except in Mexico.”

Unfortunately, in Mexico, she had to cancel the concert due to illness. It has happened for the first time in her career. Until now, Ana -Marija Markovina has performed more than two thousand times. 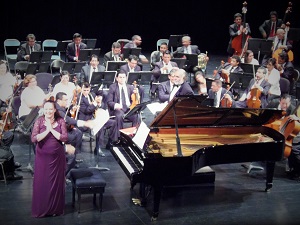 This tour is particularly important for El Salvador since Ana Marija Markovina has played two concertos by Wolfgang Amadeus Mozart (KV 246 and KV 53) and two piano quartets (E-flat major, K. 493 by W. A. Mozart and Es -flat major op. 47 by Robert Schumann) which were performed for the first time ever there.

Talented Students and Love for Music

Markovina gave piano masterclasses in each country. Students of music endeavour to be able to study music. It testifies their great love for music because they mostly do not have the conditions for a systematic music education. Markovina was visibly moved by their love for music, their desire to learn and their effort to gain knowledge. She mentioned the example of a boy from Jamaica.

Ana-Marija Markovina: “In Jamaica, I was fascinated with a little boy, he was twelve years old. He played Rondo and Capriccioso by Mendelssohn very well, but he used to exercise only at school because he did not have a piano at home. It is so touching how they are used to approach music.”

All experiences of the tour, have been extremely important for Markovina in a specific way.
“I came back changed. The tour has changed my perception of everything”, said Ana-Marija Markovina.

Music as a Spiritual Remedy 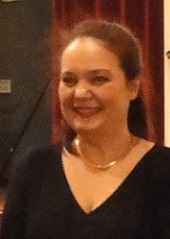 At the end, Markovina once again emphasized how she is delighted with the genuine love for music of the people she met in the countries of Central America and Jamaica.
Ana-Marija Markovina: “The challenge is immense and it is a great joy to work there, people have a different understanding of music. They take it really as a spiritual medicine. A concert for them is not a social event, they really go to a concert to listen; they really want to understand music and they really want to learn. ”

Markovina ended the tour with a concert in Antigonish and Newfoundland in Canada.