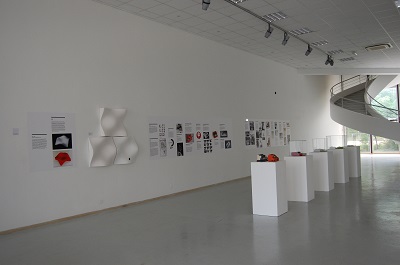 Davor Grünwald, the winner of ULUPUH’s Lifetime Achievement Award 2017, has presented his work in the field of industrial design for the second time in Croatia.

Davor Grunwald known as the first educated industrial designer in Croatia, with degree diploma obtained 1968 from Vienna Academy for Applied Arts (Akademie fur Angewandte Kunst), worked in Zagreb from 1968 until 1975 and since 1975 he lives and works in Canada. He is the winner of several prestige awards, just to mention some: City of Zagreb Award 1974, Golden Medal presented to him in Leipzig for his design of machine tools, Awards for electronic calculator at Ljubljana’s Third Biennale of Industrial Design (BIO3) 1974 and Canada Design Award 1982 for GENIE electromagnetic geophysical system.

I had an interview with Davor Grunwald following his exhibition in Split, in May 2018.

Jasna Lovrinčević: “The exhibition in Split 2018 had the same title as your last autumn exhibition in Zagreb. Were all the items displayed in Zagreb also exhibited in Split?” 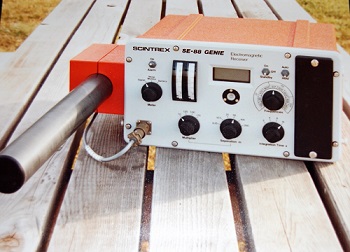 Davor Grünwald: “I wanted very much to be presented in second lagest Croatian city. The Zagreb exhibition was tranferred to Split, but there were some difference. In the meantime I brought five my designed products from Toronto, so the exhibition in Split became more richer and more interesting. To find that products, thirty and more years old, I visited my ex clients in Toronto. I discovered these products at the private garages of retired engineers and at the companies warehouses. I have refurbished them and I have given them the original good look. That “good look” used to challenge operators to work with them with pleasure.

At this exhibition in Split there were no time to give an explanation in textual part about direct connection between my designs from Zagreb period and designs from Canadian period. Now I would like to say, what I also explained to the public during my “quided tour” at the exhibition in Split. All what I had learned about technology processes at Factory of Calculators in Zagreb (Tvornica računskih strojeva), from their excellent masters and engineers I applied in Canada. I experimented with Bayer’s polyurethan materials already during my University time in Vienne and for the first time I applied them on Electronic kalculator Chipon in Zagreb. That my experiance I used for my design of Genie electromagnetic system in Canada. For that design I received Canada Design Award 1982. Probably I have been one of the first who realised that this technology can well suited for products of small series because of its cheap wooden moulds. At the Split exhibition it was shown EM38, geophysical instrument on which one I applied CNC, Computer Numarical Control, for the first time. That machine has “understood” my AutoCAD documentation and it has produced every time the same frame of cherry wood. 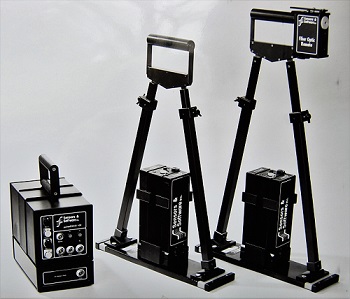 My recognisable design concepts includ esthetic-formal elements such as harmony, appealing, atractivness and ergonomic elements with classic handling. Also, my designs always have some unexpected elements, and for that reason I have been always competitive.”

Jasna Lovrinčević: “Since April 2016, in Museum of Art and Craft (MUO) in Zagreb, your professional opus has been archived covering your 50 – years career. For the exhibition in Split you recently brought five geophysical instruments from Toronto. Are they going to be archived in MUO?”
Davor Grünwald: “Five geophysical instruments brought from Toronto have been added to my Croatian products already archived in MUO and now the Museum of Art and Craft has valuable collection of my designs.”

Jasna Lovrinčević: “On the first day of your exhibition in Split you sent me the note that the atmosphere at the show was extraordinary and that you would have “guaded tour” for different schools. Did you give any lecture for the students during the exhibition time?”
Davor Grünwald: “I held the lecture for very interested students at Split’s Art Academy, at Department of Visual Communication Design. After the lecture there were many expert questions asked by the students and that (kind of questions) always stimulates me and satisfies me.”

Jasna Lovrinčević: “One of your design has been displayed at grand exhibition: “Sixties in Croatia – Myth and Reality” for the Period from 1958 until 1971, in Museum for Art and Craft in Zagreb. If you could you tell more about that?” 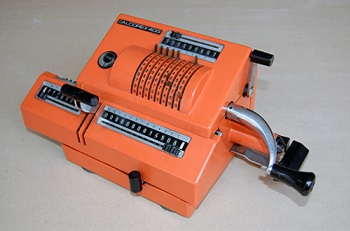 Davor Grünwald: “I am very proud that I have been chosen for this tremendous, very valuable exhibition. Two thousand deserving Croats could not be included because of lack of space. My first design following my graduation, redesign of mechanical calculator Calcorex (1969) for Factory of Calculators in Zagreb (TRS), has been included for the exhibition “Sixties in Croatia”. This product or design is famuos since I was able to convince TRS’s engineers, despite of difficult socioeconomic time, to apply big mechanical changes to very sophisticated machine, to achieve maximal ergonomic features. Today that is considered as a “small wonder”!”

When Davor Grünwald had received the news about opening of his exhibition in Split, he immediately sent me a e-mail about his great pleasure that his exhibition would be shown alongside with Boris Ljubičić exhibition.

Croatian daily newspaper Jutarnji List called both designers, Davor Grünwald and Boris Ljubičić
the greatest of Croatian design, and Marko Golub, curator of Boris Ljubičić exhibition and together with Koraljka Vlajo author of Davor Grunwald exhibition, for Croatian Radio and Television (HRT4) said about them :

“Both of them work with a highly developed awareness of how design can improve our society, production and economy, and make our daily life more pleasurable.” 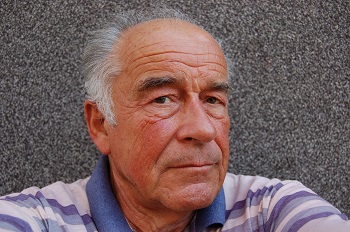 DAVOR GRÜNWALD SPEACH AT THE OPENING OF EXHIBITION AT THE MULTIMEDIAL CULTURAL CENTER IN SPLIT, MAY 3rd, 2018.

Good evening
my friends and colleagues who came here this evening to visit this very well presented exhibition. My half century career as industrial designer in Croatia and Canada is now in front of you. I remember, it has not been easy – constantly to prove, convince and in the same time to educate my clients and employers about the value of my approaches in their development processes. My Croatian six years, that very fruitful and successful period following my graduation, to me “opened the doors” of Canada. Later on, through my quality work I simply imposed myself to my second country of Canada. Now my complete professional opus is being archived in Museum of Art and Craft in Zagreb. This has happened on the recommendation of Boris Ljubičić. Thank you Boris! Today I am extremely happy to share this exhibition space with my colleague.