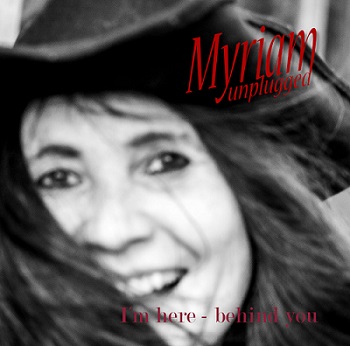 Myriam Kavelj-Fuchs is a singer-songwriter, guitar player and author of poetry book, who impress with her love for music and her life energie. In interview I conducted with her at the beginning of March 2022 Myriam Kavelj-Fuchs spoke about her continuous love for music since her childhood, including learning how to play guitar, playing with her bands as a young musician, teaching music at her own music school “Musikraum Fuchs”, and finaly her big turn in life when she started to play on the stage with her band Myriam Unplugged.

Since 2016 she has released several albums and for her song “Brown Mustang” she received an Award at the 39. German Rock and Pop Price 2021 in the category for the Best Country Song. In 2020 her album “Dreamcatcher” was awarded 1.Price at 38. German Rock and Pop Price by German Pop Foundation in the Country Section. At the same Competition her band MyriamUnplugged was awarded 2.Price as the Best Countryband. This year Myriam Kavelj-Fuchs is nominated for Vecernjakova Domovnica, the competition organised by newspaper Vecernji list and the winners are selected by readers.

In 2015 Myriam Kavelj-Fuchs published her poetry book MyriamUnplugged, a sample of little stories and poetry.

Jasna Lovrinčević: “You are famous and popular as a country music songwriter, guitar player and singer. How have you developed love for country music. What do you like about that music?”

Myriam Kavelj-Fuchs: “Thanks for the compliments, well when I learned to play guitar one of my first and favorite songs was “Blowin in the wind” from Bob Dylan. I also played hits from Johnny Cash, like “Ring of fire” and more. I still like this music very much. Country music and Blues are the roots of our Popular Music.”

Jasna Lovrinčević: “When did you start to play guitar?”

Myriam Kavelj-Fuchs: “Well, I´ve got my first real six string in the age of threeteen years. A black dreadnought by Ibanez, a present from my parents to my confirmation. I was very proud and I love this great instrument which I´m still playing. When I started to play guitar, I felt that it was very important to have a good teacher to keep playing. Maybe this was the reason for me to open my own little music school. I love to teach with heart and soul – individual lessons for individual people – to let them get in touch with the music.”

Jasna Lovrinčević: “You and your band Myriam Unplugged have released several albums. The first one titled “From Las Vegas to L.A.” , published in 2016, is connected with very interesting story about your journey through America. It is especially impressive that you almost every day wrote one song. What was so inspiring for you on that trip?”

Myriam Kavelj-Fuchs: “I´ve got the inspiration to my first album “From Las Vegas to L.A.” during a road trip across Nevada and California. The amazing Mojave-Desert, the Grand Canyon and the Sin City –Las Vegas are reflections in the lyrics and music of my songs. Especially Wild, wild Pony and Beautiful Balloon, close your eyes and you are riding on a train trough the desert sun. You find yourself in the middle of the Big City Lights again and get married to the song Take me to the moon.”

Jasna Lovrinčević: “The lyric for your second album “Heartbeat-Soulbleed” is also associated with your same trip to America but from Chicago do Detroit. Could you please say something more about your second album?”

Myriam Kavelj-Fuchs: “The album “Heartbeat-Soulbleed” picks up some political themes – primarily the situation of homeless people, especially in songs like Waterfall and Hopeless Avenue and Trump. The Song Adriaan, a song about the famous Painter Adriaen Brouwer… and also the song Spring… written in the Hotel Monaco, April 2017 in Chicago. The Album Cover shows me at the 16th floor of the MGM Hotel in Detroit.” Detroit, the city of motown and Chicago, the city of blues, really impressed me.

Myriam Kavelj-Fuchs: “In 2020 we published our third album “Dreamcatcher“. Songs about our earth, oceans and the wheel that keeps turning. Hard work, with great musicians, by the way. And then came the corona-pandemic. No concerts, no release, it was very sad. So, I decided to send our new CD to the 38. German Rock and Pop Competition 2020 that was organized by the Deutscher Rock Musiker Verband (German Rock Musicians Association) and the German Pop Stiftung (German Pop Foundation) in the Country Section. And guess what, we won the first price as the best German Country Band. What a pleasure, we were very happy and proud. After this we´ve been invited by the State “Rheinland-Pfalz” to play a Streaming Concert, without public. You can see it on Youtube Open Stage RLP-MyriamUnplugged and on OKTV. 2021 I get an award for my Song Brown Mustang from the 39. German Rock and Pop Competition 2021, as best Country Song

Jasna Lovrinčević: “When did you found your band Myriam Unplugged?”

Myriam Kavelj-Fuchs: “I found the members of my band 2018 on an Open air concert in Wiesbaden/Germany. Erich Altenkirch, guitar player and Ralf von Horstig, percussion. Wiesbaden is a very special place – here I found my producer “Peter Richter” and his Living Room Studio in which we recorded our music. Our “special guests” were Gerd Vogel (Dobro & Slide-Guitar), Helt Oncale (Banjo & Fiddle) and Martin “Martino” Gerschwitz (Keyboarder – Iron Butterfly).”

Jasna Lovrinčević:”Your band Myriam Unplugged have played on different stages in Germany, and also at popular music club Crown in Darmstadt where you have met some famous people. Are those people inspired you for you song “Meet & Greet” ?”

Myriam Kavelj-Fuchs: “Our first Gig was in Darmstadt in the Crown – an old famous location for live music. Later on we played in many Blues Bars, Cultur Clubs and Open Airs in the Rhein-Main Area. 2018 I met a very famous Irish Singer-Songwriter in my Hometown Ingelheim, the great musican “Chris de Burgh”. We talked together and I´ve got the chance to ask him: “How do you write a song?” – and after our conversation I was inspired to wrote the song “Meet&Greet”, Number 5 on our CD Dreamcatcher.”

Jasna Lovrinčević: “The latest song you have published is the song “I´m Here – Behind You” with the lyric written by Croatian poet Marijana Dokoza, who is also chief editor of Fenix -Magazin.
The Music Radio Show has presented it and it can be heard on YouTube. Will you include that song on your next album?”

Myriam Kavelj-Fuchs: “February 2022, I published the song “I´m here – behind you”, written by Marijana Dokoza. She asked me to find a melody for her lyrics. That was a good addition. I was able to put myself in the shoes of the text very quickly. And the musical editing was fun. I was so inspired that I made a video clip afterwards. That was a great experience. This song will appear on our next CD.”

Jasna Lovrinčević: “Your third album has a very interesting title: “Dreamcatcher”. Is it possible to catch a dream? ”

Myriam Kavelj-Fuchs: “Maybe, Dreamcatcher caught at least one.
Plans for 20222 – a new album – 12 brand new songs are waiting to be heard. Some Live-Concerts, but first of all „health and peace“ more important than anything else in these times.”